“Only a mediocre person is always at his best. ”
― W. Somerset Maugham

You don’t have to pay rent

to have more room for improvement

when others are hell bent

formulating how best to criticize

your tragic flaws and bring you down to size

strive to be better

than you are at present

This is the motto of the Gringotts Wizarding Bank in  J.K Rowling’s Harry Potter Universe.

Do the Goblins in Gringotts grin? 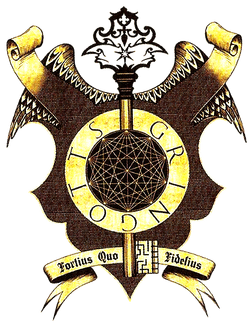 one word is all you ask of me?

betrayal of trust is murder in the first degree

Firstly I would to apologize to all of my readers for being absent about  two weeks or so.

I helped my school organize a small Model UN Conference of about 150 people hence I couldn’t get to work on the blog. Also, the AS’ exams are in M/J and the prep exams are underway.

Before I get started here is some random trivia: Lupercalia is celebrated on the 14th of February. It’s an ancient Roman festival.

Trivia about the book:

The main character’s name is A. Soren Kierkegaard’s Either/OR A Fragment of Life has a character named ‘A’ who is quite the aesthetic young man. Levithan’s A differs in the sense that instead of concerning himself with unbridled pleasure he does have a moral guideline or some principles that  limit the extent he is willing to go in order to attain happiness.

In his New York Times bestselling novel, David Levithan, co-author of bestsellers Will Grayson, Will Grayson and Nick and Norah’s Infinite Playlist, introduces readers to what Entertainment Weekly calls a “wise, wildly unique” love story about A, a teen who wakes up every morning in a different body, living a different life. This new paperback edition features six additional chapters about A’s earlier life.

There’s never any warning about where it will be or who it will be. A has made peace with that, even established guidelines by which to live: Never get too attached. Avoid being noticed. Do not interfere.

It’s all fine until the morning that A wakes up in the body of Justin and meets Justin’s girlfriend, Rhiannon. From that moment, the rules by which A has been living no longer apply. Because finally A has found someone he wants to be with—day in, day out, day after day.

With his new novel, David Levithan has pushed himself to new creative heights. He has written a captivating story that will fascinate readers as they begin to comprehend the complexities of life and love in A’s world, as A and Rhiannon seek to discover if you can truly love someone who is destined to change every day.

Imagine having to go to a new school everyday, never being able to form lasting emotional connections with others as well as not being able to take risks and give in to the adrenaline rush because it wouldn’t be your life at risk but that of someone else. If you successfully completed the thought experiment, congratulations you now know what it is like to be A.

For lack of a better word  A can only be described as an empath. Owing to his unco condition he has been in the shoes of addicts, alcoholics, individuals struggling against depression, love struck teens, gender non-conformists, people who couldn’t afford shoes in the first place, children raised by single parents,  kids who just lost a loved one, corpulent children, talented geeks, great guitarists, and the list goes on. Therefore, it is no surprise that he has a multi dimensional perspective which is capable of letting him understand others in a holistic sense.

What amazed me was that through it all he managed to tone down his envy and accept that although he would be able to control the life of another person for a whole day it would never be his. He even did their homework for them! Who does that?

A Song by Chevelle called ‘Envy’ came to mind whilst reading. Part of the lyrics are as follows:

Before I Burn In Envy

I learn through sorrow

See how the colors run?
And feel your Sunday rest
Give me a name, bring it in, some change is for the best

I may not win the race
I may not reach the top
Or I may not live your way;
It doesn’t mean I’m stuck here
We may not fit the mold
Kind of going off
Well, the medicine inside takes a stronger hold

Just like Superman A ended up subconsciously limiting his powers. Why? It’s simple really. Deep down inside A is morale which is why even though he is fully capable of living on in a host as long as he likes, he unwittingly set for himself a 24 hour limit where he would vacate the premises of the host’s mind so as to minimize how much he effected their lives for the better or worse.

I wouldn’t go as far as to call him a martyr but essentially yes he does run away from the full extent of his capabilities so as to safeguard the interests of others, during the process he loses the chance to be with his galaxy -stars seemed inadequate- crossed lover Rhiannon. Tough love huh?

If I ever have to put up with an office temp, I sure hope it’s going to be A.

Hearken to the ghost note of life!

The human Condition is our 8th wonder

A sudden silent saltus in a train of thought

About the seriocomic nature of what wisdom we are taught

Sophic Savants, Society does not listen to

Au contraire! It is they who listen to you

And are all the wiser for it

in public the secret treasures lay

waiting for the day

unleash the senses of a blood hound!