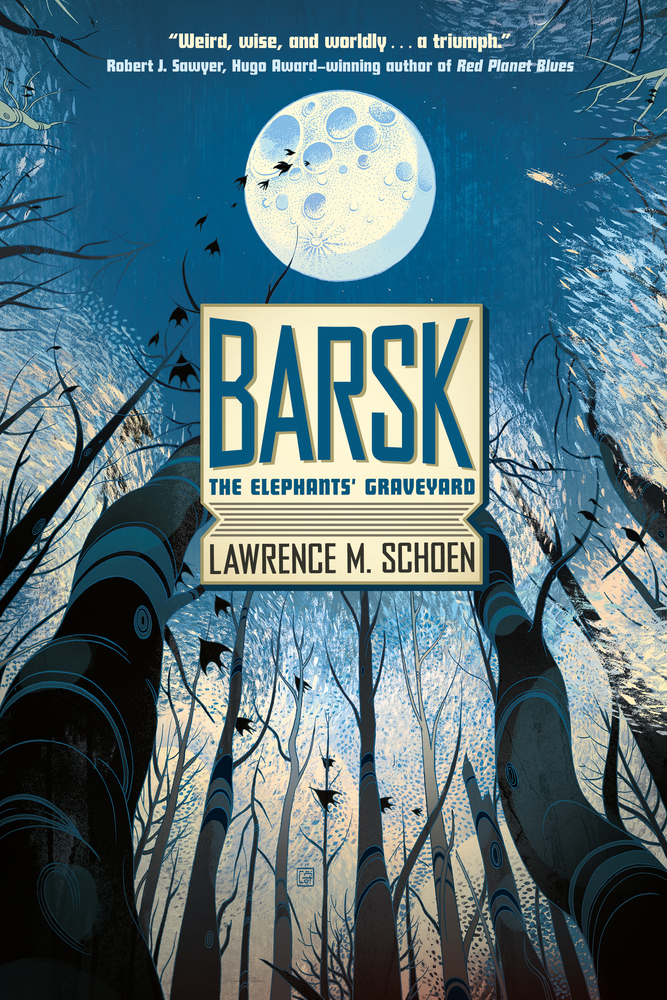 LAWRENCE M. SCHOEN holds a Ph.D. in cognitive psychology and psycholinguistics. He’s also one of the world’s foremost authorities on the Klingon language, and the publisher of a speculative fiction small press, Paper Golem. He’s been a finalist for the John W. Campbell Award, the Hugo Award, and the Nebula Award. Lawrence lives near Philadelphia.

When it comes to Anthromorphic characters, Aslan from Narnia, The Swallow from Happy Prince, Charlotte A. Cavatica from Charlotte’s web among others come to mind. Carrying on the rich tradition is Barsk: The Elephant’s Graveyard.

The Fant are a species of arboreal Elephants. Barsk is the Fant’s home planet. The topography is laced with archipelagos; I wouldn’t be surprised if Crash Bandicoot was hiding in one of them (allusion to a famous anthromorphic character).

Much like a Buckethead song the excerpt was a Christmas cracker full of emotions. It is the equivalent of Okami and Ico in the world of books.

While some may think that Elephants were meant to be trained for circuses or confined behind bars at zoos for the world to gawk at, others realize that Elephants are empathetic beings who look out for one another. The latter side is captured in this novella.

Unfortunately much like the Fant, the Elephants of our world are being threatened with extinction. Perhaps I am over thinking but I don’t believe Lawrence’s choice to be a mere coincidence. Approximately by 2020 if the current trend continues, African Elephants will be wiped from the face of Earth. Once this proud and intelligent species numbered well above 10 million, and now? Now less than 5% of that figure remains. Food for thought isn’t it?

Imagine just the right blend of Sci-fi and fantasy. In addition, visualize memorable characters, a species struggling to survive when being subjugated by an unassailable alien force. Draw a parallel between the way we as human beings treat animals in the wild and how the Fant are treated, and you’ll have seen a whole new side of Barsk.

Without having to mull over it a kajillion times I can say for certain that this book is one to look out for, so I’d keep my eyes peeled if I were you.